Where is the wonder and invention in our schooling? How much impact do school leaders really have on their schools curriculum design? The thinking behind this post was promoted by a TED Talk and quotation from contemporary artist, Dusin Yellin which in turn led a further research, reading and listening to his autodidact affirmations. A temporary inquiry free-fall.

By segregating art from science, physics from music, biology from architecture, we are seriously inhibiting the alchemy of wonder and invention. – Dustin Yellin

Dustin Yellin is a pioneer of “cross-disciplinary practice” and sculpture. He creates intricate (often macabre) multi-dimensional collages or sculptural paintings using slices of glass to layer paint, magazine clippings or objects, so that they are encapsulated, suspended within (having initially worked with resin). Pithily named or described as “thinking inside the box.”

Threads of enterprise, architecture, philanthropy and science weave themselves through the biographical backdrop to his art. A self proclaimed autodidact artist, did education fail him or did Yellin fail at his education? I can find little evidence either way, other than that he dropped out of high school to hitchhike through New Zealand and that he has a sincere appetite for what he preaches – wonder and invention. It is where you find this partnership that most intrigues me.

Adding Yellin’s comment (without context) to Martin Robinson’s erudite Trivium presentation and the grounded Headteachers Roundtable manifesto, I found myself challenged, awkwardly positioned between tangible education practicalities and lofty education ideals.* Challenging the constraints of accountability frameworks and inspection regimes.As for those practicalities – is “breadth and balance” presented by a colour coded, paint by subject, spreadsheet that marries closely to an accountability framework the composite of moral leadership? I would argue not. The introduction of the EBacc lead to a reduction of choice / options, fewer options, expansion of languages – the qualitative “sticking point” of this measure, where entry rates remain below 2005 levels, and an increase in Science provision.

What is in line for our pupils moving forward?

Restructuring or “doubling-up” on key subjects is already being reported. A calculated gamble in order to maximise the potential yield at the expense of those subjects outside the framework. As if we were in the business of manufacturing young people. I urge school leaders to look beyond the EBacc, past English and English Literature, Maths, Double or Triple Science*, a possible “doubling-up” of geography and history, or even doubling up in MFL (less likely), of prescribed core qualifications (Voc or GCSE) of ICT, General Studies or RE for example. To resist the ICT Driving License type qualifications. Realistically, how much room is there left for creative expression in the , slot. Two slots if you wish to account for the 9.1** GCSEs that most pupils are examined in. Let’s not muddy the waters with a discussion of the impact of double weighting Maths and English and the distribution of lessons. This is not the education we want for our children or for a culturally society. Practicalities 1, wonder and invention, nil.

The  Warwick Commission stated that in 2013, some Year 11 pupils “are not taking any arts GCSEs.” I am at ease with pupils not formally examining in “A” subjects, as long as, dancers, musicians, actors, artists and exhibitors have the opportunity to design or express themselves creatively. Offering pupils (and targeting disadvantaged pupils) an extensive range of cultural and creative experiences within and beyond “A” subjects, enriches school-life and I am confident that school leaders recognise and value the Arts. In the same way that school leaders recognise and value school sports, debate teams, charity events, community service, leadership… this should be our curriculum, not extra.

This, for me, was more persuasive. I am confident Yellin would subscribe to this statement. It led me to question why design or creative expression is not included in our EBacc? Advocating STEAM as opposed to STEM. Cultural capital enriches the school culture. (Which reminds me, I need to explore GCSE Engineering.) Why does our curriculum need to be so compartmentalised? When “greater freedoms” are lauded as an advantage of the new Free School and Academy agenda that we play it safe. “It is our light, not our darkness, that most frightens us.”

Where is the wonder and invention in our schooling? Can it be found within the proposed Headteachers Roundtable English Baccalaureate Framework, camouflaged within Individual Project or Extended Study Programme? For some pupils, very possibly. I still recall my only ever Individual Project experience, an eight page expose of Winston Churchill undertaken at Ocklynge Junior School. Is it hidden within a Personal Development Programme: The PDP? Community Service or Work Based Learning, Physical Activity, Arts Activity, Language Learning and Communication, to which I would add Leadership Development. Perhaps an accreditation of commitment, rather than wonder and invention, and wholly worthwhile.

There is wonder and invention in our curriculum and perhaps the answer lies within the box, rather than outside it? We just need a bigger box and to assess more broadly within the frame. The opportunity to lead, not necessarily teach, pupils in an area of endeavour (and therefore learning), that draws of pupils more formal cross-curricular learning as well agency. Should we being encouraging an individual and invested Individual Project / PDP, available at tiered levels, open to all pupils, in every type institution. IB have something along those lines.

One of the least likely sources of evidence for this view comes from a Year 10, disaffected, socially angry, low academic aspirant, female “banger-racer” and pupil. She fell woefully short on school measures but lit up when we spoke about her banger racing exploits and catastrophes. Banger racing would have provided the sustenance for both her Individual Project / PDP with some to spare (not that I am advocating both). Banger racing would provided a heady curriculum mix that I would hope Yellin would approve of? It may be old fashioned, but we now need the accountability framework to see the value in alchemy. 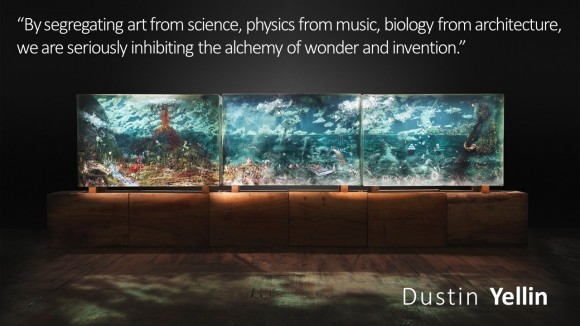 *I recently returned to this post following Rethinking Education with author and future David Price (OBE). Five years on the lofty educational ideals highlighted in the fifth paragraph seem less lofty, ever so more realistic as the distance between disciplines becomes more of a leap than a jump.