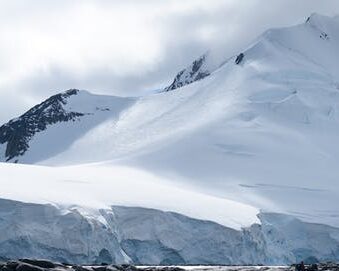 I can not remember when I first encountered Graham Nuthall’s research or exactly when I first read The Hidden Lives of Learners but it is one of those titles that often re-surfaces in talks and blog posts, still, having been first published in 2007. I re-read for the second time, after it appeared on Chris Moyse’s books worth reading list at TLT17 (a list worthy cross referencing), Tom Sherrington refered to it as a “classic,” David Didau gave us his two cents here. I last recall encountering a reference to it when Alex Quigley credited the book with charging him with “a new-found interest in education. Both Tom and Alex also signpost Jan Tishauser‘s ResearchED Amsterdam (2018) talk if you are interested and a blog post to go along with it here too.

Why revisit it, a third time?

The teaching cycle affords time for reflection. Time away from a screen meant that I could invest that time in reading and podcasts. Given it has been a little more than a year since Alex Warren and I started to build RememberMore, that Nuthall’s research has previously been credited with being the thorny, ‘wicked problem’ that prompted our work.

“In our research has found that students already know, on average, about 50 percent of what a teacher intends his or her students to learn” and that “different students will know different things, and all of them will know only about 15 percent of what the teacher want them to know,” (Nuthall, 2007 p35).*

I took the opportunity to re-read his book for the third time (20??, 2017, 2021). Possibly the only education book I have been encouraged to read three times.

The books premise is quite simple.

“If we are to understand how teaching relates to learning, we have to begin at the closest point to that learning; and that is students’ experience.”

From 1960 until 2000, using recordings of student dialogues, Nuthall attempted to capture what really happens in the classrooms, the rituals and the patterns, with three groups of teachers: experienced teachers, inexperienced teacher trainees and teacher trainees. As Tishauser‘s reflects “…in some ways his research was an expedition into unknown territory.” After sharing what he uncovered, Nuthall, ironically goes on to summarise “How Learning Happens” – the title of the other book I read whilst away. Nuthall would go on to replicate his New Zealand research in both the US and Japan.

With a years worth of wider reading on the testing effect, one section resonated far louder this time around than on the previous two reading.

Learning is rarely a one-shot affair. Single, isolated experiences seldom give birth to learning. What creates or shapes learning is a sequence of events or experiences, each one building on the effects of the previous one. By studying the continuous experiences of individual students, Graham Nuthall showed us that accumulation of at least three different sets of complete information about a concept makes the difference between a concept that is never quite learned and one that firmly connects to and integrates with previous knowledge, and hence is learned and remembered.

That a certain amount of information is needed for a student to understand and learn a concept makes sense. It is as if the mind has a valve to protect it from incidental, unimportant information. Only information that connects to other related information and is encountered on a number of different occasions seems to have the critical mass necessary to get through the valve to become a part of a student’s store of knowledge, skills, and beliefs. First, a student has to make sense of new experiences by relating them to already known concepts and evaluating them against that information. Next, he or she has to hold the new experiences in working memory and to connect and integrate them with related successive experiences. These processes take time and go on alongside parallel processes occurring with a multitude of other concepts. A combination of experiences is needed to produce student learning.

What stood out more so this time than previously, was Nuthall’s emphasis on “the accumulation of at least three different sets of complete information,” and that that exposure does not always come from the teacher. Second, the need to “connect and integrate” knowledge – very much at the heart of RememberMore’s use of tags and multi-tagged retrieval prompt pairs, which makings our deck content exactly that, and flexible. Lastly the use of the term “successive,” jumped off the page, having read so much of Katherine Rawson’s research.

(An interesting aside is Nuthall’s referenced limitations of working memory as “a valve” to protect it from “incidental, unimportant information.”) That is not a perspective I have though about previously.

Furthermore, the researchers remarkable prediction rate for concepts learned (88%) and those not learned (85%) concepts, (Nuthall 2007, p127) can not be overlooked. Learned, not learned, learned and forgotten, are metrics we hope to explore with the pilot study metrics. And that – as Nuthall highlights, almost every student learns something different in our lessons, what is it that each learners retains.

Other points of interest: